On (Not) Being a Failure: My Post-College Journey 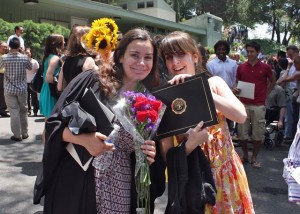 When I graduated college in 2009, I had a plan. I would move back home and live with my mom until I found an entry-level job as a writer or editor. Then I would get an apartment, maybe move in with my college boyfriend, and begin my “adult” life. I anticipated that all of this would take about six months, max.

Things didn’t exactly work out that way. Turns out, there weren’t really any entry-level jobs in my field because of the recession. There weren’t any jobs, period. I spent over a year applying to dozens of positions, anything I was even remotely qualified for. The result of my search was some sporadic editing gigs, a very-part-time job teaching computer lessons to old people, and an ill-fated administrative assistant position for a company that almost immediately asked me to compose college admission essays for non-English-speaking students. I left that one more deflated than ever.

I didn’t know back then that I wasn’t alone in my aspiring adult struggles. Despite the fact that some of my friends were able to find jobs and be independent, many of these fell through, or were exaggerated. Personally, I tried to avoid telling anyone that I lived at home and only worked part-part time doing freelance editing gigs. I was embarrassed. I still am embarrassed. Because, going on five years later, that part of the equation hasn’t changed.

Sometimes it feels like I’ve been stuck in the same place all these years. But that’s not really true. Because I couldn’t find a full-time job, I decided to pursue an MFA in Creative Writing. I’ve been able to spend a lot of time writing, taking classes, and working on this site. My college relationship ended shortly after I graduated, but after a few years of dating disasters and discouragements, I found an awesome boyfriend who is always there for me and is my number one fan. 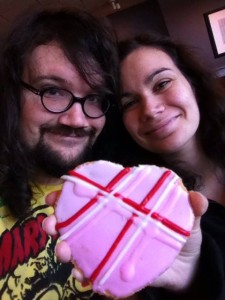 It’s because of said boyfriend that I felt inspired to write this post. I’ve been so discouraged lately, feeling like nothing has changed, that I’ll never be truly successful or independent. As I wrap up my graduate degree, edit my two ongoing manuscripts for publication, and begin to contemplate re-entering the job market, all those fears about being behind, being unsuccessful, and being a failure have returned, full force.

I want to be an “adult” so badly. I know my boyfriend is right when he tells me that no one is where they thought they’d be. There are others out there going through what I’m going through, especially those pursuing creative endeavors. I really just want to be a writer who makes enough as a freelance editor and writing teacher to support that dream. It’s still not clear whether that will be possible or enough. Right now, it isn’t.

I don’t necessarily have anything motivational to end on. I just wanted to be honest about my new adult journey because I don’t want to hide anymore. As twenty-somethings, we’ve been led to believe that adulthood works a certain way, and that it has a timeframe that must be followed. If you’re not able to follow that timeframe, you’re a failure.

Even though I feel like a failure at times, I’m really just trying to find my way in a world that’s changing and uncertain. I’m lucky to have a mother who supports me and my dream of being a writer. I’m also very lucky that I have a few good friends and a wonderful boyfriend who helps me feel accomplished and talented whenever I feel down and hopeless. There are a few parts of the equation I’ve gotten right, but none showed up the way I expected them to. I can only hope that’s true for everything else, that the pieces will fall into place when they’re ready to, and when I’m ready for them to.

Are you still trying to figure out this whole adulthood thing? Or are you someone who went through this already and came out on the other side?

16 replies to “On (Not) Being a Failure: My Post-College Journey”