The Key to Publishing Personal Essays

I’m officially back from my blog hiatus! Thanks so much to all of the guest bloggers who shared their illuminating stories and insights in my absence. 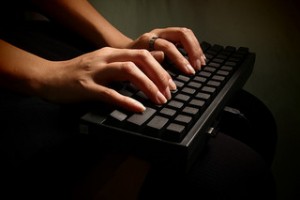 Having some time away has given me the opportunity to think more about my career as a writer. As you might have noticed, I’ve been on an essay publishing kick as of late. Until about a year ago, I didn’t have much to do with essays. I’d written a few here and there, but my primary focus was writing a book-length memoir.

I actually wasn’t sure I’d even be any good at essays. For so long, all of my work had been long-form, and I wasn’t convinced I could say something compelling in the span of a few pages. However, I knew it was important to start getting my work out there, to publish some of my thoughts and ideas in a shorter and more shareable format.

I started out with a few submissions to sites like HelloGiggles and RoleReboot. I was surprised when those sites began accepting my work, and slowly reached out to other publications. As of now, I’ve been published on a variety of sites, most recently having an article in the LA Times and becoming a contributing blogger for The Huffington Post.

Aside from writing effective essays, I’ve learned that there are actually two keys to publishing personal essays: RESEARCH and PERSISTENCE.

When I first ventured into essay publication, I wrote pieces up front and then browsed around to find publications and editors that might be a good fit. One of the best ways to find appropriate publications was seeing where my writer friends were getting their work published. I also paid attention to where the shared essays and articles I resonated with on Facebook were being published.

I’m now at the point, especially with publications that I’m already a contributor for, where I’ll just send a paragraph or two to pitch an idea and see if it’s worth writing. But I always keep an eye out for new publications to submit to, and sometimes I still write pieces up front because they’re topics or ideas that I’m passionate about and want to publish somewhere no matter what.

Having a strategy and tracking submissions makes the whole process move much more smoothly. And making sure that your work is the right fit for the publication you’re submitting to will save you a lot of time and heartache. Be aware of guidelines and their previous publications.

Now, let’s talk about persistence. One of the most common pieces of advice you’ll get as a writer is to be persistent. It’s so easy to feel discouraged after a string of rejections and non-responses. I’ve been tempted to stop trying many times, especially when a particular publication isn’t responding positively to my work (or responding at all, which was formerly the case with HuffPo).

But the bigger name publications didn’t just happen overnight. While the LA Times accepted the first submission I sent them, it took six submissions to The Huffington Post over the course of six months before one was finally approved.

Sometimes I told myself that I’m a bad writer or my work doesn’t deserve to be published. But the real problem was that I wasn’t sending the right piece to the right place at the right time. Instead of allowing myself to give up, I continued trying. I kept close track of each submission I sent, where I sent it, and when I sent it. If I didn’t hear back within a month, I sent it somewhere else. I tried different topics and different sections/editors until something finally clicked.

Above all, don’t let the waiting get to you, and don’t give up. Keep reading, keep writing, and keep submitting. Slowly but surely things will fall into place.

And, if you happen to be female, there’s a wonderful group called Women Who Submit that provides virtual and physical spaces for women to support one another while they submit their writing. I recently attended a meeting in Los Angeles and spent a lovely afternoon with a group of writers who all had the same goal as me: to get their work out in the world. We cheered for each other as we sent submissions and have continued supporting one another through email since the meeting, sending updates and virtual cheers. Be sure to check it out.

2 replies to “The Key to Publishing Personal Essays”