What I Learned from Being a #PitchtoPublication Editor 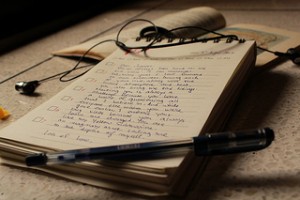 I’ve been on the writer side of Twitter pitch contests for a while now. As an aspiring author, I follow and enter many of these contests with the same hope as everyone else: to land a literary agent. So I was excited to be offered a chance to participate on the other side of a contest called #PitchtoPublication.

For those who aren’t familiar with #PitchtoPublication, a group of about 25 freelance editors each received up to 100 query submissions from writers with completed manuscripts. We each narrowed all of those entries down to one author who we’d spend a month working with on his or her manuscript before it’s presented to a group of participating agents. So basically, the author receives a free manuscript edit and then gets the opportunity to showcase his or her work in front of interested agents. I was chosen to be one of the freelance editors.

When the submission window opened and the entries poured in, I read them immediately, eager to discover a compelling and engaging story. At first I felt powerful and wise, confident that the decision would be easy. But soon I was humbled by the talent I saw, and the fact that I’d ultimately have to reject almost everyone who was submitting work to me. I had been among the contest hopefuls in the past. In fact, I was a hopeful in this contest as well. I’d gotten permission to participate both as a submitting writer and an editor/mentor.

As I went through entries, I posted some of my responses on Twitter without using names or identifying details. I used a tag called #tenqueries that many agents and editors use when going through their queries. It was helpful for me to practice articulating why I was passing or giving a maybe to certain projects, and writers seemed to find the nuggets of advice within the tweets helpful as well.

It was incredibly difficult narrowing down 100 entries to 10. While about half of them were passed on fairly easily, either because the genre wasn’t one I specified interest in or the writing perhaps needed too much work to be agent-ready, most were solid. But I had to look for more than just solid writing. I wanted something special, something unique, and something that I found personally compelling. It came down to taste as much as talent. That’s how I was able to get my top 10 (although I couldn’t quite narrow it down, so I requested more pages from 11 authors).

When I received the first 50 pages and read the entry of the author I ultimately chose to work with, I knew she was the one. Although I’d had some concerns based on her query, the pages reassured me that the book would be amazing. Her story stuck in my mind despite some other amazing entries. It had the perfect balance of being unique, compelling, engaging, and diverse. There was also enough for me to help her with as an editor, but not so much that it couldn’t be agent-ready in a month. I especially appreciated the issues that the manuscript was addressing, ones that are very important and need more awareness in the world right now.

As a writer, my own work wasn’t selected for #PitchtoPublication. I got a few requests, but none were the perfect fit. For once, I was completely fine with being rejected because I’d seen firsthand how subjective and difficult the decision was. The numbers and odds weren’t in anyone’s favor, and even if my work hit most of the checkmarks, it came down to personal preference as well.

Being an editor for #PitchtoPublication also taught me that having a story that is unique and addresses a larger issue is what will draw an agent in. Having good writing and an interesting story isn’t enough. I got a lot of those submissions, and while many of them could potentially be represented and published, it might be hard for them to get noticed by a busy agent with a thousand other queries in his or her mailbox.

A manuscript needs to be compelling. It must be readable and relatable while also addressing something important that agents and readers will connect with. It doesn’t have to be a big issue, but it has to stand for something. That element was what sealed the deal on my decision, and I imagine many agents are looking for the same thing.

Thank you to everyone who participated in #PitchtoPublication, and a special thank you to Samantha Fountain for putting it all together!

4 replies to “What I Learned from Being a #PitchtoPublication Editor”