What Exactly is Memoir, Anyway? 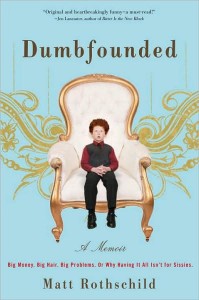 When I tell someone that I’m writing a memoir, they often ask me what exactly a memoir is. What defines “memoir” as a genre, and how is it different than a biography or autobiography? First, here’s a basic breakdown of the three genres:

Biography: The story of a person’s life written by someone who is not that person. They are almost always about famous people, politicians, and other public figures. For example: Lillian Hellman: A Life of Foxes and Scoundrels by Deborah Martinson. The book is about Lillian Hellman, famous author and playwright, but was not written by Lillian Hellman herself. Biographies are often written after the person has died, but not always.

Memoir: Stories from a person’s life, written by that person, that are all connected by a common theme or message. Memoirs generally don’t include the entire span of the person’s life, but instead chronicle an experience or a collection of experiences that were significant to them in some way. Memoirs do not have to be written chronologically. Sometimes they are organized as a collection of personal essays. A single person can write multiple memoirs about different themes and experiences in their lives. There’s a lot of freedom within the genre.

An example of a memoir is Dumbfounded: A Memoir by Matt Rothschild (a fantastic book, by the way). Rothschild writes about his experiences growing up Jewish in the Upper East Side of Manhattan. He acted out a lot as a kid, and often found himself getting into trouble. Rothschild was raised by his grandparents, so the book also deals with his family life and his troubled relationship with his distant mother.

I think Dumbfounded is also an excellent example because it makes another point, which is that anyone of any age can write a memoir. Despite popular belief, a memoir is not something one writes on their deathbed, or even something that a person has to put off until they are much older. Rothschild is only 27 years old as of now, and I began writing my memoir at the age of 21. Age doesn’t matter. All that matters is that you have a story that you want to share with the world.

I personally believe that everyone has a story to tell. You don’t have to be famous to write a memoir. For me, the power of reading memoir comes from being able to relate to the author and connect with them through shared experiences.  I’ll be writing a lot more about memoir in the future as part of my “On Writing Memoir” series, but hopefully this gives you a general idea of what memoir is and what it isn’t.

creative nonfictioncreative writingmemoirwriting
Previous On Writing Memoir: Why You Shouldn’t Use a Pseudonym Next How to Run a Successful Writers’ Workshop